Role of NHERF and scaffolding proteins in proximal tubule transport. 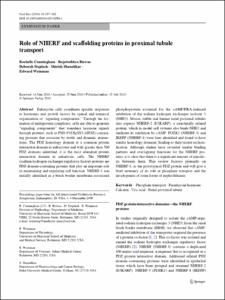