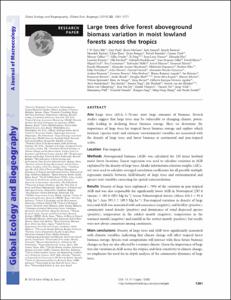 Associate Professor of Tropical Ecology
John Poulsen is an ecologist with broad interests in the maintenance and regeneration of tropical forests and conservation of biodiversity. His research has focused on the effects of anthropogenic disturbance, such as logging and hunting, on forest structure and diversity, abundance of tropical animals, and ecological processes. He has conducted most of his research in Central Africa, where he has also worked as a conservation manager, directing projects to sustainably manage natural resources i