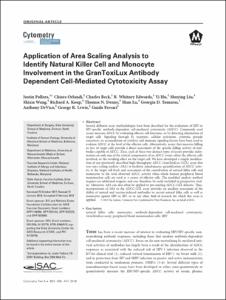 Associate Professor of Surgery
The activities of the Ferrari Laboratory are based on both independent basic research and immune monitoring studies. The research revolves around three main areas of interest: class I-mediated cytotoxic CD8+ T cell responses, antibody-dependent cellular cytotoxicity (ADCC), gene expression in NK and T cellular subsets upon infection with HIV-1. With continuous funding over the last 11 years from the NIH and Bill & Melinda Gates Foundation along with many other productive collaborations wi Professor in Surgery
Research in the Tomaras Laboratory in the Duke Human Vaccine Institute and Departments of Surgery, Immunology, and Molecular Genetics and Microbiology at Duke University Medical Center, focuses on the identification of immune correlates of protection for preventative vaccines and identification of the mechanisms responsible for potent inhibition of human pathogens.
Alphabetical list of authors with Scholars@Duke profiles.