Effective treatment of SIVcpz-induced immunodeficiency in a captive western chimpanzee. 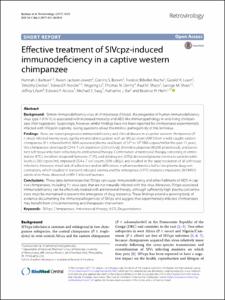