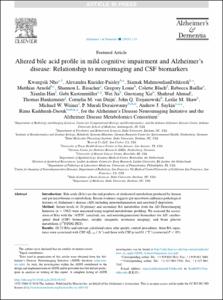 Professor of Psychiatry and Behavioral Sciences
Murali Doraiswamy MBBS FRCP is Professor of Psychiatry and Professor in Medicine at Duke University School of Medicine where he is a highly cited physician scientist at the Duke Institute for Brain Sciences.  He is also a Senior Fellow at the Duke Center for the Study of Aging and an Affiliate Faculty at the Duke Center for Precision Medicine and Applied Genomics as well as the Duke Microbiome Center.  He directs a clinical trials unit that has been involved in the development of ma Professor in Psychiatry and Behavioral Sciences
Overall Research Goals: My research interest over the past decade has focused on scaling up biochemical knowledge for gaining a deeper understanding of the molecular basis of neurodegenerative and neuropsychiatric disorders and finding ways to optimize their treatment. I have also made seminal contributions to the development of the metabolomics field and applications of metabolomics for the study of drug effects, establishing foundations for &ldquo;Pharmacometabolomi Assistant Professor of Biostatistics & Bioinformatics
Dr. Tenenbaum is a faculty member in the Division of Translational Biomedical Informatics in the Department of Biostatistics and Bioinformatics. Her primary research interests are  1. Informatics to enable precision medicine; 2. Mental health informatics; 3. Infrastructure and standards to enable research collaboration and integrative data analysis; and 4. Ethical, legal, and social issues that arise in translational research, direct to consumer genetic testing, and data sharing. Cu Adjunct Assistant Professor in the Department of Pharmacology & Cancer Biology
Dr. Thompson's research focuses on the development and deployment of proteomics and metabolomics mass spectrometry techniques for the analysis of biological systems. He served as the Assistant Director of the Proteomics and Metabolomics Shared Resource in the Duke School of Medicine from 2007-2021. He currently maintains collaborations in metabolomics and proteomics research at Duke, and develops new tools for chemical analysis as a Princi
More Authors
Alphabetical list of authors with Scholars@Duke profiles.