Associations of genotypes and haplotypes of IL-17 with risk of gastric cancer in an eastern Chinese population. 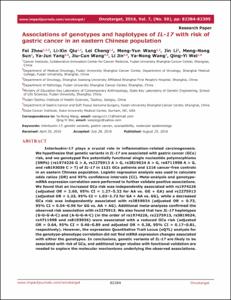