Genetic variants of PTPN2 are associated with lung cancer risk: a re-analysis of eight GWASs in the TRICL-ILCCO consortium. 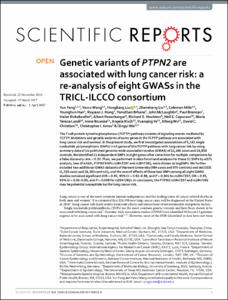