Observer Effects: the Power and Vulnerability of the Slaveholder's Surveillance Network 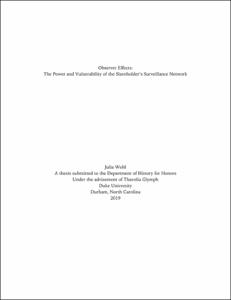