Potential Functional Variants in SMC2 and TP53 in the AURORA Pathway Genes and Risk of Pancreatic Cancer. 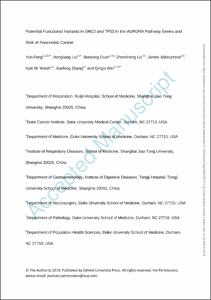