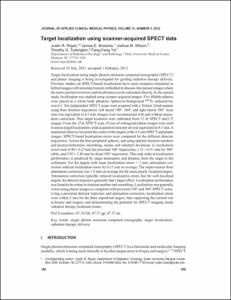 Associate Professor in Radiology
My work focuses on PET imaging physics, including instrumentation, reconstruction, and image processing.  We're working toward more quantitatively accurate PET,  reduction in scan times and radiation dose in PET/CT, novel imaging devices for PET (and SPECT), and application of PET to more clinical and research needs.  Positron Emission Tomography is now in widespread use as a clinical tool for oncology, neurology, and cardiology, and continues to be used as a research tool in thes