Cannabis use disorders are comparatively prevalent among nonwhite racial/ethnic groups and adolescents: a national study. 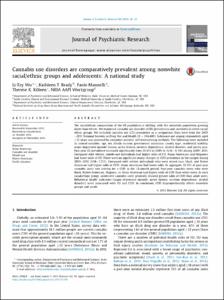