The relationship of mental and behavioral disorders to all-cause mortality in a 27-year follow-up of 4 epidemiologic catchment area samples. 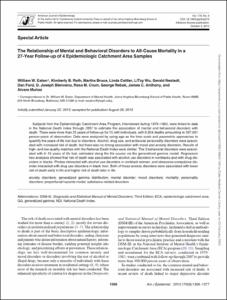