Racial/ethnic variations in substance-related disorders among adolescents in the United States. 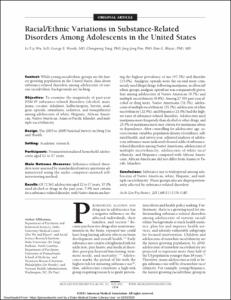