Hallucinogen use disorders among adult users of MDMA and other hallucinogens. 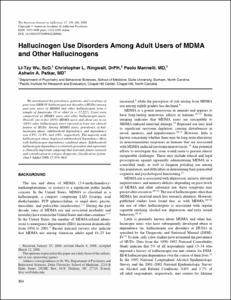