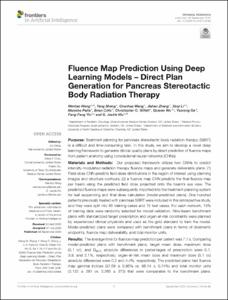 Professor of Radiation Oncology
My research interests include intensity-modulated radiation therapy (IMRT), volumetric modulated arc therapy (VMAT), electron arc therapy (EAT) and image-guided radiation therapy (IGRT). For IMRT, my work include the development of the research platform, fast and accurate dose calculations, optimization based on physical and biological objectives such as generalized equivalent uniform dose (gEUD), and delivery with dynamic multi-leaf collimator (DMLC). For VMAT, I am interested in the optim