An Analysis of Shaping of Female Characters in Films Directed by Mainland Chinese, Taiwanese and Chinese Diasporic Female Directors 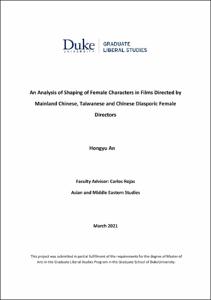