Synergies and trade-offs among integrated conservation approaches in Mexico. 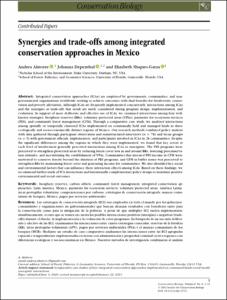