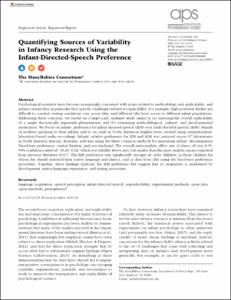 Crandall Family Assistant Professor
Dr. Bergelson accepts PhD applicants through the Developmental and Cog/CogNeuro areas of P&N and the CNAP program.In my research, I try to understand the interplay of processes during language acquisition. In particular, I am interested in how word learning relates to other aspects of learning language (e.g. speech sound acquisition, grammar/morphology learning), and social/cognitive development more broadly (e.g. joint attention processes) in the first few