HOUT-21. CHARACTERISTICS OF SHORT-TERM SURVIVAL IN PATIENTS WITH GLIOBLASTOMA: A RETROSPECTIVE ANALYSIS 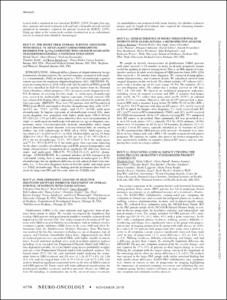