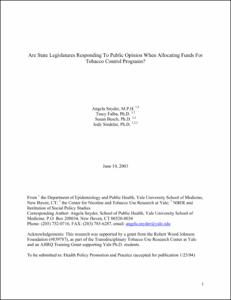 Visiting Assistant Professor of Economics
This author no longer has a Scholars@Duke profile, so the information shown here reflects their Duke status at the time this item was deposited.