THE EFFECT OF THE ROADLESS AREA CONSERVATION RULE ON TIMBER EMPLOYMENT 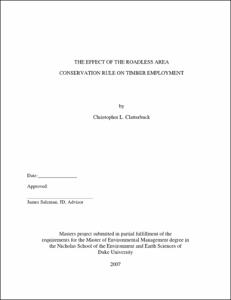