The Adaptive Response of Endothelial Cells to Shear Stress Alteration 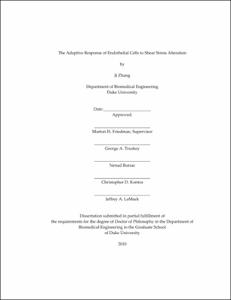