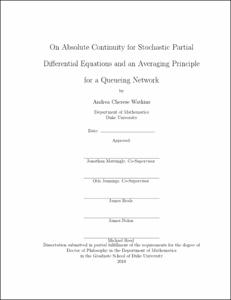 In the second part of this work, we consider a two-station queueing network that processes <italic>K</italic> job types. The first station in this network is a polling station, and we assume that the second station is operating under any nonidling service discipline. We consider diffusion-scaled versions of many of the processes governing this system, and we show that the scaled two-dimensional <italic>total</italic> workload process converges to Brownian motion in a wedge. We also show that the scaled immediate workload process for station 2 does not converge, but admits an averaging principle.