Where Is the Sandinista Spirit?: Nicaraguan Women’s NGOs and the Return of Daniel Ortega 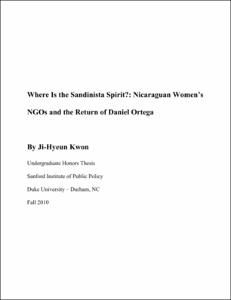