Attempting Education Reform through the Courts: The Inefficacy of Abbott V Court-Mandated Funding Reallocation and Reforms in Underperforming School Districts in New Jersey 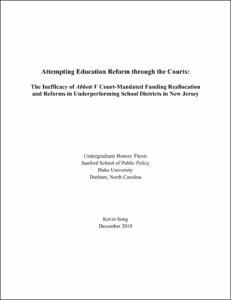