Changes in stream ecosystem structure as a function of urbanization: Potential recovery through stream restoration 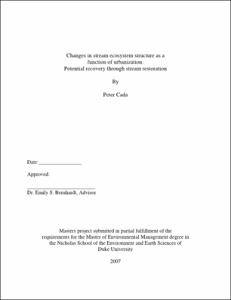