The job stability of men working in gender non-traditional jobs 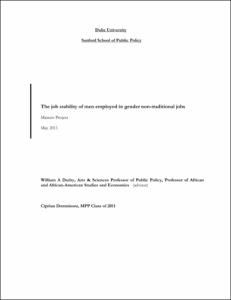