Frack to the Future? Closing Oil- and Gas-Related Fractures in the Law of Water Protection 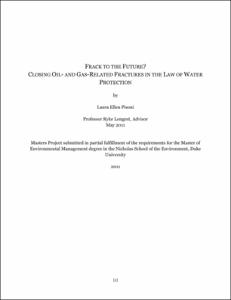