Eucharist and Anthropology: Seeking Convergence on Eucharistic Sacrifice Between Catholics and Methodists 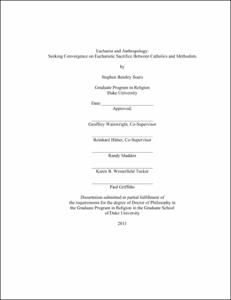