Geochemistry of Dikes and Lavas from Tectonic Windows 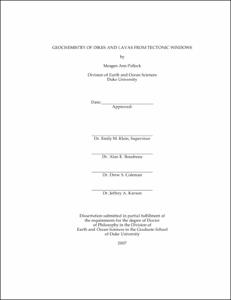