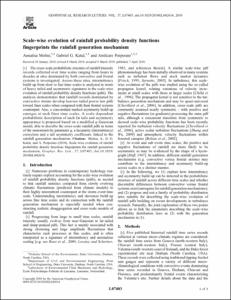 Theodore S. Coile Distinguished Professor of Hydrology and Micrometeorology
Gabriel G. Katul received his B.E. degree in 1988 at the American University of Beirut (Beirut, Lebanon), his M.S. degree in 1990 at Oregon State University (Corvallis, OR) and his Ph.D degree in 1993 at the University of California in Davis (Davis, CA).  He is currently the Theodore S. Coile Professor of Hydrology and Micrometeorology at the Nicholas School of the Environment and the Department of Civil and Environmental Engineering at Duke University (Durham,