An analysis of public participation under 2005 national forest planning regulations 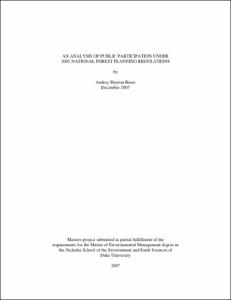