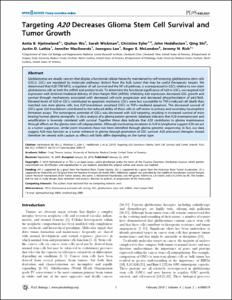 Professor of Pathology
Brain tumors are diagnosed in more than 20,000 Americans annually. The most malignant neoplasm, glioblastoma, is also the most common. Similarly, brain tumors constitute the most common solid neoplasm in children and include astrocytomas of the cerebellum, brain stem and cerebrum as well as medulloblastomas of the cerebellum.  My colleagues and I have endeavored to translate the bench discoveries of genetic mutations and aberrant protein expressions found in brain tumors to better understan