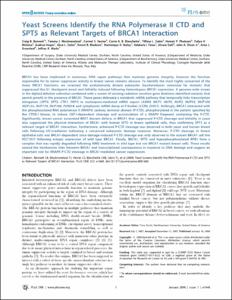 Professor Emeritus of Biochemistry
My laboratory studies the mechanisms by which different activities in the cell nucleus are connected to the transcription machinery via interactions with the hyper-phosphorylated C-terminal repeat domain (PCTD) of elongating RNA polymerase II. Differential phosphorylation of the CTD, as the RNAP proceeds through successive stages of transcription, orchestrates sequential recruitment of factors to the transcriptase; this serves to coordinate RNA processing Professor of Surgery
I have been engaged in basic and applied cancer research for over 28 years beginning with my post-doctoral fellowship under Arnold Levine at Princeton. Since being appointed to the faculty in the Department of Surgery at Duke, my primary interest has been towards understanding breast and ovarian cancer. I am a charter member of the NCI-Early Detection Research Network (EDRN) and have been an integral scientist in the breast and gynecologic collaborative group for 15 years including leading th
Alphabetical list of authors with Scholars@Duke profiles.