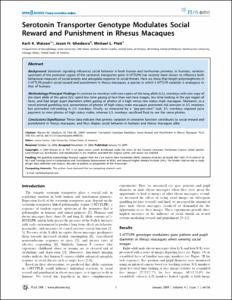 Adjunct Professor in the Department of Neurobiology
Our lab tries to understand how the brain makes decisions. We are particularly interested in the biological mechanisms that allow people and other animals to make decisions when the environment is ambiguous or complicated by the presence of other individuals. We use a broad array of techniques, including single neuron recordings, microstimulation, neuropharmacology, eye tracking, brain imaging, and genomics to answer these questions. Our work is motivated by ethology, evolutionary biology, and e
This author no longer has a Scholars@Duke profile, so the information shown here reflects their Duke status at the time this item was deposited.