The impact of anxiety-inducing distraction on cognitive performance: a combined brain imaging and personality investigation. 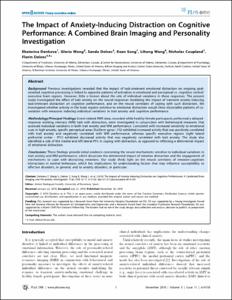