Bridging Black and White: The Influence of a Large Latino Student Population on Interracial Interaction in North Carolina 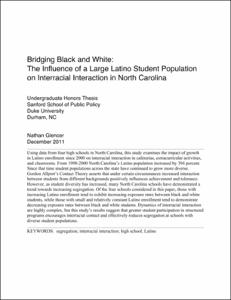