Economic Interdependence and the Development of Cross-Strait Relations 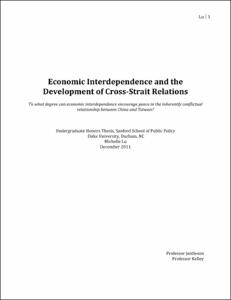