Somaliland: An Examination of State Failure and Secession Movements 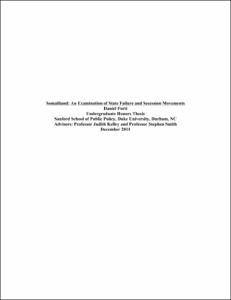