Ecological And Evolutionary Interactions Among Plant Resistance, Herbivores, And Predators 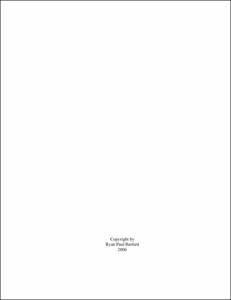 View / Download
615.5 Kb
Date
Author
Bartlett, Ryan Paul
Advisor
Morris, William F.
Repository Usage Stats
458
views
520
downloads
Abstract
To understand how plant defensive traits will evolve, we need to consider the biotic context for plant-herbivore interactions. I investigated how predators affect selection on defensive traits in plants. First, I established the timing of resistance in three soybean genotypes. Next, I examined the combined effects of resistance and predators on plant fitness. I reared Mexican bean beetles (MBBs) with or without spined soldier bugs (SSBs) on soybeans with constitutive resistance (CR) or no resistance (NR). SSBs fed more on MBBs that fed on NR than on CR plants, and this translated into an increased fitness benefit from predators for NR plants over CR plants. Selection for some types of resistance in plants should thus be stronger with lower predation rates. Similarly, I reared MBBs with or without SSBs on soybeans with early induced resistance (EI), late induced resistance (LI), or CR. SSBs fed more on MBBs reared on LI plants than on beetles raised on CR plants, but no more on beetles reared on EI plants than on beetles reared on CR plants. LI plants were the only of the three soybean varieties to receive a fitness benefit from predators, which could help explain the evolution of this type of plant defense. The results of both experiments also suggest that predator introductions may be more beneficial to LI or NR crop plants than EI or CR crops. Finally, I present a model that determines the optimum amount of induced resistance (IR) and CR for a plant growing with and without neighbors. Unlike earlier models, our plants have a probability of being attacked that is modified by short- and long-term feedback of plant defenses to herbivores. Higher costs of defense favor IR over CR, while increasing herbivore attack rates or increasing the overall effectiveness of defense results in more CR. Plants with neighbors might be selected to evolve higher or lower levels of CR than if they were growing alone. Adding neighbors also selects for more mixed induced/constitutive strategies for all parameters. Having defended neighbors could thus be part of the reason why plants have evolved such mixed defense strategies.
Type
Dissertation
Department
Biology
Subject
Biology
Ecology
Glycine max
Herbivory
Herd immunity
Induced resistance
Tritrophic interactions
Permalink
https://hdl.handle.net/10161/51
Citation
Bartlett, Ryan Paul (2006). Ecological And Evolutionary Interactions Among Plant Resistance, Herbivores, And Predators. Dissertation, Duke University. Retrieved from https://hdl.handle.net/10161/51.
Collections
More Info
Show full item record