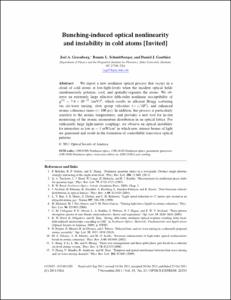 Research Professor of Physics
Prof. Gauthier is interested in a broad range of topics in the fields of nonlinear and quantum optics, and nonlinear dynamical systems. In the area of optical physics, his group is studying the fundamental characteristics of highly nonlinear light-matter interactions at both the classical and quantum levels and is using this understanding to develop practical devices. At the quantum level, his group has three major efforts in the area of quantum communication and networking. I Associate Research Professor in the Department of Electrical and Computer Engineering
Dr. Greenberg's research is in the area of computational imaging with a focus on physics-based modeling and system-level design from fundamental science through algorithm implementation.  His work spans the electromagnetic spectrum, with a focus on X-ray and visible imaging and detection systems for security and medical applications.
Alphabetical list of authors with Scholars@Duke profiles.