Economic Racism: A look at Rental Prices in 1930 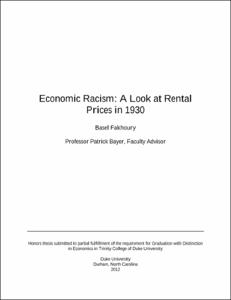