Comparison of Vehicle-to-Grid versus Other Grid Support Technologies 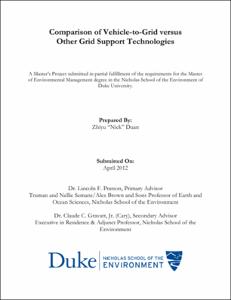