Abating Carbon Emissions in the Aviation Sector: Policy Analysis and Recommendations for the Federal Government 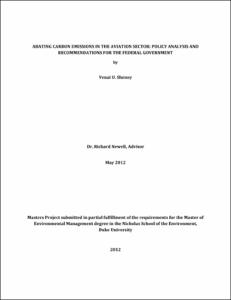