Disposal of Produced Water from Oil and Gas Exploration: Environmental Impacts on Waterways in Western Pennsylvania 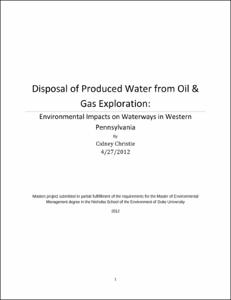