Confronting the Status Quo: Raising the Age of Juvenile Jurisdiction in North Carolina 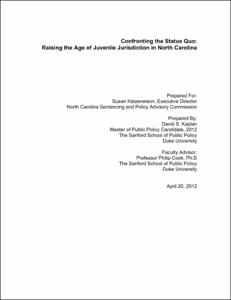