Defeating al-Qaeda in the "Battle of Ideas": The Case for a U.S. Counter-Narrative 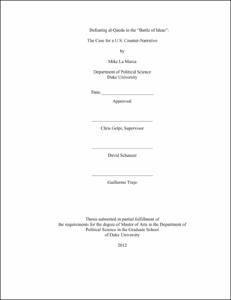