Interactions between Mothers and their Premature American Indian Infants 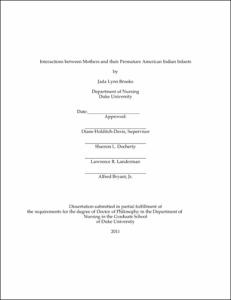