An Evaluation of the Demographic and Employment Impacts and Growth in Southern Maryland (St. Mary’s, Calvert, and Charles County) Resulting from Base Realignment and Closure (BRAC) 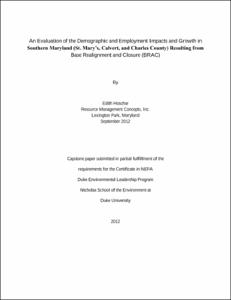