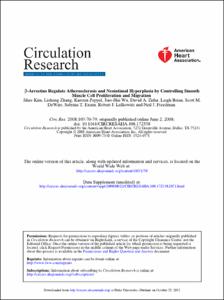 Assistant Professor in Medicine
My research efforts involves studying the pathogenesis of vein graft neointimal hyperplasia and atherosclerosis. The greatest amount of my time in the past years has been devoted to developing and characterizing our interposition vein graft model in mice. This model allows us to use IVC to carotid artery transplants between congenic mice. These transplants allow us to ask the questions about which gene products contribute to the pathogenesis of vein graft disease. In addition, I hav
Alphabetical list of authors with Scholars@Duke profiles.